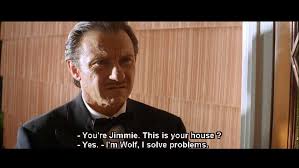 My candle burns at both ends
It will not last the night;
But ah, my foes, and oh, my friends –
It gives a lovely light.

I learned (or rather, memorized) this poem in 6th grade, Mr. Kupcho’s class. It’s only four lines, and I had no idea what it meant at the time, but I liked it — because I liked Mr. Kupcho.

He was energetic, and set up strict rules to reward attention and productivity and respect. He was one of the prime movers behind the establishment of Lakeshore Middle School’s 8-acre “Back 40,” a modest nature preserve behind the school building in Mequon, Wisconsin.

I didn’t care much for nature, when I was a child. I hated bugs and mud and dampness in any form, but I admired the fact that Mr. Kupcho loved these things, and that he brought interested students on a 2 day “bird bash.” It was the furthest away from home I’d ever been without my parents. Behind the shadows of the campfire, he cried out to the darkness, trying to goad an owl into responding: “Who cooks for you?! Who cooks for you all!”

This poem, and it’s tragic implications, has stuck with me for all these years because it does so much in such short space, short enough to get caught in your inner-ear. It’s puzzling, too. Who is the author talking to? Foes and friends? Is everyone gathered together for some sort of “foe-friend fire-lit feast?”

Though birds never “lit my fire,” so to speak, poetry eventually did. Terse, laconic verse, with plenty of space to wonder: that is what got me into Biblical Literature. And when I teach it, I hope my students feel some of the same “who IS this guy” feeling I felt for Mr. Kupcho.

When I take my students each year to Zion National park, I hope they have the same feeling of testing their own limits, the way I did, camped out in the Wisconsin Marshes.

In honor of the staying power of Mr. Kupcho’s four-line koan-like poem, I offer seven ways to keep us from providing the evanascent “pleasant light” that will not last the night.

1: Use the phrase “That Was Hilarious.” Often.

You plan to show a movie on your laptop. The plug, you are concerned, will trip anyone who passes. You move the table towards the wall, but the projector cord won’t reach. Just as you begin to move the table and laptop back to the original position, a student trips over the cable, pulling your laptop to the floor, and unplugging the projector mid-presentation. Everyone laughs and it takes five minutes to get everyone to re-focus. That was not funny. But “that was hilarious.”

Say it, and maybe you’ll feel it. Make yourself laugh.

Pick up the laptop and move on.

2. Find a Friend and Vent

Venting once every three weeks is not enough. I’m sure we can find a holistic medicine expert who will testify that stressful student or colleague interactions build up toxins that will need to be cleansed. Put down that wheat-grass and pick up the phone; tell the whole story to someone who will then take a turn. Laugh at each other’s stories. Say, “That was hilarious.”

Be a member of a Ninja Clan. Or a SWAT team. Pick your metaphor, you cannot work alone. People across stressful professions — teachers, doctors, firefighters, and soldiers — can keep from losing their minds by power of sharing the load, the stress and the victories with teams. Share your best work with a colleague during a three minute check-in. Bump fists as you head off to class – and high five afterwards. Make friends who do the same thing as you, but somewhere else. Go to conferences, skip the sessions, and network. Keep in touch with these people – treat each other like beloved members of a secret society. Cover your team-mates’ backs.

Dress in the morning like you’re someone important, someone special. As you enter school, pretend you’re Wolfe, from Pulp Fiction:  arrive in a smart suit. You’re “here to solve problems.” All day long, you’re dealing with messes, and you keep cool. You have class. Poise. When you leave at the end of the day, you’re a champion. You’ve saved dozens from a burning building. Treat yourself to a new tie whenever you deserve it.

Go to the talent show, the baseball game, the school play, and buy the fund-raising chocolates, while you’re at it. Support every event possible where the students are putting themselves “out there.

Yes, you will resent some of those evenings. But every time the students see you in the audience, they will remember you as someone who really cares. Because you do.

They will start to relate to you as a person. They will ask for help when they need it, and when you call in a favor, (like asking them to please be quiet), they very well might.

You will feel closer to them than you ever thought possible.

6. Do silly things with great passion.

Mr. Kupcho used to have a cushy teacher-stool you could sit on for 10 cents. The money went into a bucket, and was used to reupholster the stool each year.

I have a birthday bucket. When I hear it’s a student’s birthday, I invite him or her to my office for a celebration. He or she brings a friend, who picks a gift out of an old popcorn tin full of knick-knacks I’ve accumulated.

I think they love it. I definitely love it.

7. Get Knocked Down. Get Up Again.

Though Chumbawumba’s song is about drinking until you hit the pub-room floor, the same words apply to teaching. You take your lumps. It’s part of being a pro.

Good boxers stay up. Great boxers get knocked down and get up again, having learned a thing or two.

8. Give honor to the role-models who inspired you.